The Bank of Winnfield opened its doors in 1901 – serving the Winn Parish community during an era most people can hardly imagine today. The bookkeeping was done by hand with pen and ink, and the bank was lighted using kerosene lamps. From these humble beginnings and throughout more than a century of social, political and economic upheavals, the Bank of Winnfield has persevered to serve our community. We take pride in that.

The Bank of Winnfield has the distinction of being a family-owned business, which is fairly uncommon in the industry. Three generations of the Heard family have served as bank presidents, and the family continues its proud ownership in this great institution.

Over the years, the Bank of Winnfield has gained attention throughout the U.S. for our black cat logo, which can be found on our stationery and checks. There is an interesting story behind this symbol of a hump-backed black cat. Around 1907, when J.R. Heard became associated with the bank, it was decided the bank should adopt a logo. Mr. Heard and bank president H.T. Pye were experienced lumbermen and members of a national lumberman’s association called the “Hoo Hoo” (this is no joke). The emblem of this group was the famous Hoo Hoo Cat, which was adopted as the bank’s official symbol. The now famous crouched cat is still a fixture at the bank.

Today, the Bank of Winnfield proudly serves citizens and businesses throughout Winn, Natchitoches, Jackson, Grant, and LaSalle parishes. We serve a primarily timber-related economy and are focused on promoting its growth as well as the financial well-being of those who earn a living from this industry.

The main office of our bank has occupied its present location since 1961. We have also added a Northside branch location to better serve our customers. We have built a bank that is financially strong, and we also draw great strength from our most valuable assets – our people. At the Bank of Winnfield, we pledge to continue serving you with superior financial services for many years to come. 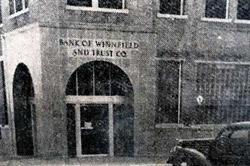 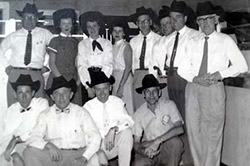